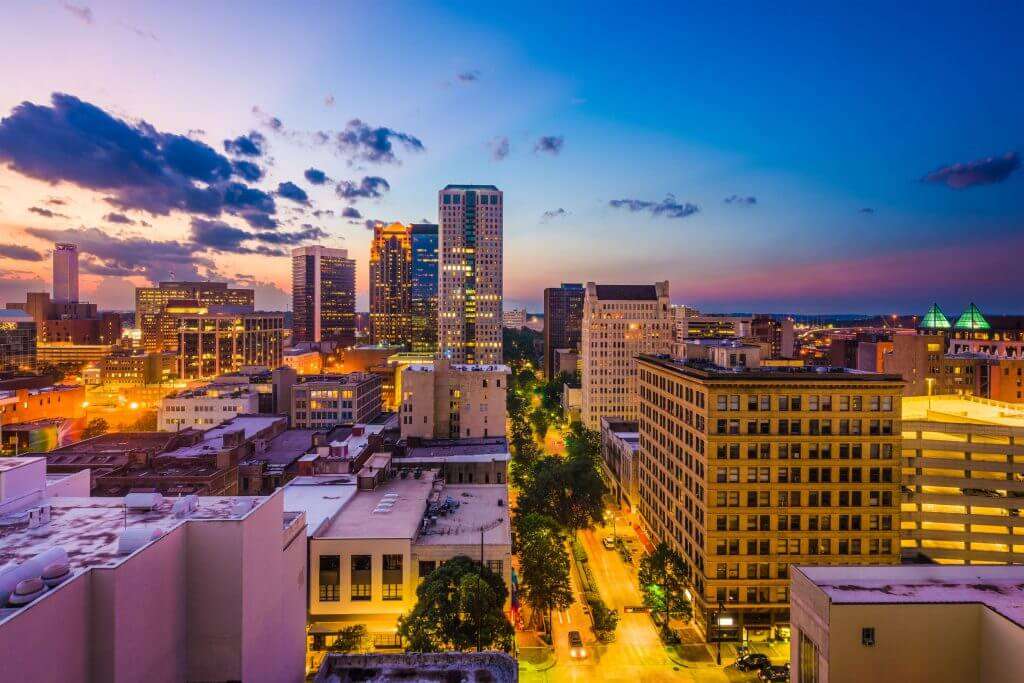 The History of Birmingham, Alabama


Birmingham was founded on June 1, 1871, by the Elyton Land Company, whose investors included cotton planters, bankers and railroad entrepreneurs. It sold lots near the planned crossing of the Alabama & Chattanooga and South & North Alabama railroads, including land that was part of the Benjamin P. Worthington plantation. The first business at that crossroads was a trading post and country store operated by Marre and Allen. The site of the railroad crossing was notable for its proximity to nearby deposits of iron ore, coal, and limestone – the three main raw materials used in making steel. Birmingham is the only place where significant amounts of all three minerals can be found in close proximity. From the start, the new city was planned as a center of industry. To emphasize this point, the city's founders named it in honor of Birmingham, England, one of the world's premier industrial cities. The growth of the planned city was impeded by an outbreak of cholera and a Wall Street crash in 1873. Soon afterward, however, it began to develop at an explosive rate. The Tennessee Coal and Iron Company (TCI) became the leading steel producer in the South by 1892. In 1907 U.S. Steel purchased it and became the most important political and economic force in Birmingham. It resisted new industry, however, to keep wage rates down. In 1911, the town of Elyton and several other surrounding towns were absorbed into Birmingham. From the early 20th century, the city grew so rapidly it earned the sobriquet "The Magic City". The downtown was redeveloped from a low-rise commercial and residential district into a busy grid of neoclassical mid- and high-rise buildings crisscrossed by streetcar lines. Between 1902 and 1912, four large office buildings were constructed at the intersection of 20th Street, the central north-south spine of the city, and 1st Avenue North, which connected the warehouses and industrial facilities along the east-west railroad corridor. This early group of skyscrapers was nicknamed the "Heaviest Corner on Earth".